***AUTHOR'S NOTE: More than a few reference sources, including contemporary HK posters, cite the movie's title as just Delightful Forest, with no "The". I'll refer to it in the same way. In addition, my experiences with anything relative to the literary Water Margin stem only from Chang Cheh's four movie adaptations and Li Han-Hsiang's 1982 Shaw Tiger Killer, plus online material about the novel, such as the writings on Wikipedia. Based on this, my review is focused on the movie, with an occasional nod to the online breakdowns of the novel and its characters, which helped me to understand what was going on in the movie substantially.***

ONE interesting bit of trivia related to Wu Sung, one of the better-known fictional heroes from the Chinese novel Water Margin (a.k.a. Outlaws of the Marsh), comes from Wikipedia. It says his story "is probably the only one that has been remade many times in Chinese media, due to the fact that adultery in China was a serious offence (and a huge dishonour to the family)", which says a lot about their culture. (How much of that same adultery contributed to the rise in population over the centuries, I can't begin to guess.)

So when Shaw Brothers director Chang Cheh decided to to produce a series of films based on the book, it was inevitable one of them would spotlight the honorable, wine-drinking tiger killer. Of course, in keeping with the filmmaker's "yang gang" philosophy, as Delightful Forest (the prequel to his The Water Margin, released in HK 2/17/72) was being made, he decided to pass on the earlier "soap opera" elements of Wu Sung's tale and focus on the events that led him to join the 108 bandits on Mount Liang Shan (in northern China) in rebelling against Hui Zhong, an emporer (non-fictional) of the Song Dynasty who reigned during troubled times from 1101-1125 AD.

The picture opens on Wu Sung (Ti Lung) avenging the murder of his brother. He's already slain his adulterous sister-in-law, and he now spots her lover/co-conspirator, Ximen Xing (Lau Kar Wing), entering the nearby Lion Restaurant. In short order, Sung confronts him, and after a fiery brawl, kills him quickly. Once the authorities arrive, the former head instructor (policeman) of Yang Wu County surrenders peacefully, ready to accept punishment.

As two sheriffs escort him to the magistrate for sentencing, a chance to escape is offered by the proprietors of an inn, Zeng Qing (Wong Kuong Yue) and Suen Er Niang (Yu Feng); they are two of the Liang Shan outlaws, who know of him and his righteous reputation. They feel he'd be better off fleeing and joining their ranks, but Sung passes on the proposition (for now), resigned to his current fate.

Upon arrival at An Ping Fortress, the prison chief (Wong Ching Ho) only spares Sung from a flogging due to the intervention of Shi En (Tin Ching), his son. En also knows a lot about Sung, and he asks him for his help in dealing with a pressing problem he has. Its name is Jiang Zhong (Chu Mu), an imposing bully who has taken control of the village En oversees, Delightful Forest (best labeled by an anonymous reviewer as a "Sin City"), extorting business owners for money under the threat of violence. Sung agrees to teach the thug a lesson, asking only in return that En gets him plenty of wine to ingest (a perceived boost to his brawn) at each roadside stop they encounter on the way.

Countless bowls of wine later, they reach Delightful Forest, and when a wasted Sung raises a ruckus while imbibing even more at an establishment managed by Zhong's wife (Kwok Chuk-Hing), he finally confronts Zhong himself and gives him a thorough trouncing. Sung makes him apologize for his misdeeds, repay the taken money and leave the village as soon as possible, En providing Zhong and his spouse adequate transportation out.

They wind up at the residence of corrupt Governor Zheng (Chiang Nan), who sent Zhong to Delightful Forest in the first place. When Zhong mentions he got clobbered by the great Wu Sung, Zheng knows he's got a mess of trouble on his hands. With help from his brother (Nam Wai-Lit), Zheng plots to get rid of Sung so they can easily reclaim Delightful Forest. Inviting Sung to his place, Zheng kills him with kindness, and by observing Sung's kung fu in action, he now knows how to deal with him. Under the veil of a bogus charge of stealing from Zheng, Sung is captured, and with his powerful arms rendered immobile for fighting, he is beaten into near unconsciousness.

Sent back to prison, Sung escapes certain death at the hands of two bribed jailers, thanks to Jail Warden Tong (Li Min-Lang), a friend of En. The plot failed, Zhong suggests to Zheng having Sung killed as he is sent back to the magistrate again, and Zheng agrees. However, a recovered Sung is aware he's still a marked man, and after he slaughters his would-be assassins, he sets off for a final confrontation with Zhong and Zheng....

Considering Chang Cheh had The Water Margin, Delightful Forest, All Men are Brothers and the "White Water Strand" segment of Trilogy of Swordsmanship in various stages of development concurrently, and DF fared as well as it ultimately did aesthetically (and, presumably, fiancially), seems miraculous, but it's not a surprise. DF (co-directed with Pao Hsueh-li) is another reminder of how Cheh was more adept at creating smaller movies than big-budgeted epics. This is not to say he couldn't conceive an epic, but the point eventually came where he got in over his head with making them. Later ambitious films like 7-Man Army and Boxer Rebellion (both 1976) simply lacked the box office success of earlier Cheh classics like One-Armed Swordsman or Boxer from Shantung because it was obvious the money was put more towards the onscreen spectacle rather than help sustain the screenplays. Fortunately, back in 1972, Cheh had yet to hit the wall creatively, regardless of the scale of the movies he worked on.

DF (released in HK 9/20/72) is a unique concoction, best described as a wuxia/martial arts variation on a Spaghetti Western. As Italian director Sergio Leone is said to be among those who influenced Cheh's style, what we see as DF plays out confirms this. It's more than the heavy usage of music cues from (according to critic Brian Camp) Leone's Once Upon a Time in the West and Duck, You Sucker. It's there in the script (by Cheh, Ni Kuang and Chin Shu-Mei), how some scenes are lit and how cinematographer Yuen Teng-Bong sets up shots within his widescreen lens. After that, there's the acting, the foley work, even in the pacing and editing of the fight scenes. As a whole, DF is a veritable ode to Leone. On the other hand, one need not have seen a Spaghetti Western to appreciate the look and feel of DF, which ranks high as one of Cheh's most stylish films.

DF is an ideal showcase for Ti Lung's talents. While King Eagle (1971) proved he could carry a picture on his own without David Chiang, DF helped to cement the fact he was star material. Granted, Lung doesn't get to show much range here (acting like he's a cat with a perpetually arched back), but because Wu Sung is such a larger than life character, Lung embraces the role of the tough, abrasive (but honorable) badass with enthusiasm. He's also at the top of his physical game, tackling the fight choreography by Lau Kar Leung, Lau Kar Wing, Chan Chuen and Tong Gaai with energy and great leg work. (According to the Kung Fu Cinema site, it's an early use of traditional kung fu, or "shapes" fighting, found in a Cheh film.) While he doesn't resemble the man depicted in old drawings, Lung's interpretation of the part of Wu Sung is involving and anything but boring.

Chu Mu is convincingly rotten and mean as Jiang Zhong, who is truly a bully by definition, even with the crazy beard and eyebrows. (How this brute ever got a wife is mystifying.) Unlike Mu's later role as General Che in Heroes Two, he's more involved (and animated) in the fight scenes he undertakes with Lung, which makes the outcome of the climatic battle between Sung and Zhong more satisfying than the one with Che versus Hung Tsi-kwan and Fang Shih-yu.

The rest of the cast is comparably good, but I'll point out my favorites. Wong Kwong Yue and Yu Feng aren't on long as the two Liang Shan bandits (both would reprise their roles in AMaB), but they make an impression, especially the breathtaking Feng. The camera captures her smoldering beauty, and she exudes sexiness as Suen, making quite an impression on Sung at first sight. As Shi En, Tin Ching is fun to watch as a straight man reacting to Sung's antics, including his excessive consumption of wine. Chiang Nan is suitably oily and crafty as Governor Zheng, who manages to snag Sung more with brains than by brawn. In addition, watch out for Wang Ching (Mobfix Patrol), Danny Chow (Police Story), Fung Hak On (Warriors Two), Li Min Lang (The Shadow Boxer) and Tsang Choh Lam (often a waiter in many Shaws)!

With the IVL DVD out of print, the cheapest way to currently get a copy of DF is to buy either the DVD or BD from Well Go USA. Both have trailers as "extras", an anamorphic widescreen picture, vivid colors, subtitle options (Chinese or English) and language options (Mandarin or English dubs). The differences between the two are in the picture sharpness and the audio. The DVD features a good picture, plus both soundtracks have additional music and sound effects dubbed on by Celestial Pictures. In contrast, the BD (which came out months after the DVD) has a very sharp picture (though the resolution is 1080i, not 1080p), and both soundtracks are in their original, undubbed forms. The only problem comes from Celestial's English subs, which are (as on all their Shaw reissues) from a new translation that doesn't always flow and contains just enough inconsistencies, spelling mistakes and grammatical errors that make following the plot a bit of a challenge. (Those who know Mandarin or prefer the English dub are truly blessed.) If you have the option of choosing, your best bet is the BD. Those who aren't picky may be content with the DVD, but if they're clamoring to listen to the movie without the enhanced audio tracks, they should invest in a Blu-ray player and get the BD without haste.

For anyone who's interested in experiencing Cheh's Water Margin movies, a good starting point may be DF. With fewer people to keep track of than in TWM or AMaB, it's easier to watch and keep up with. In fact, it stands well on its own and can be enjoyed without seeing the others. It's not perfect, but it's a solid, well-paced film, skillfully balancing atmosphere, bloody action and drama with dashes of comedy as seasoning. For Ti Lung fans in particular, they get to see him deliriously dive into the role of Wu Sung, a nice respite from David Chiang and playing wandering swordsmen. If I had to give DF a numerical rating, I'd give it eight bowls of wine out of ten. Cheers.

Brother Fang cuts to the chase: "Easily the best of Chang Cheh's Water Margin movies. Whether you see them all or only Delightful Forest, you'll find yourself returning to it again and again. Recommended." 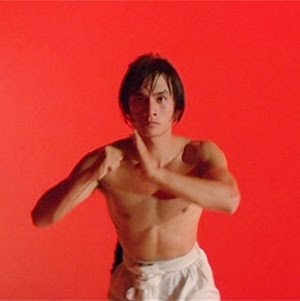 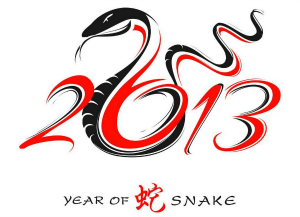 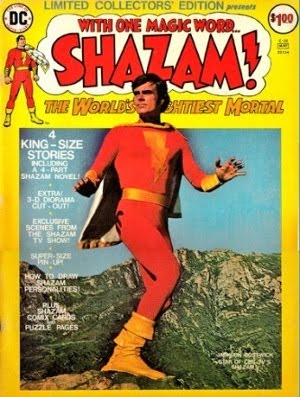 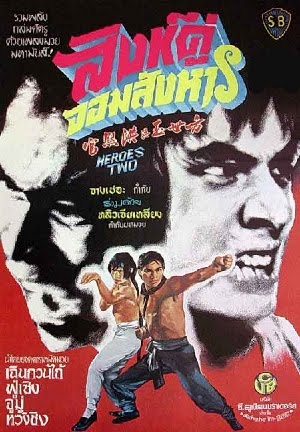 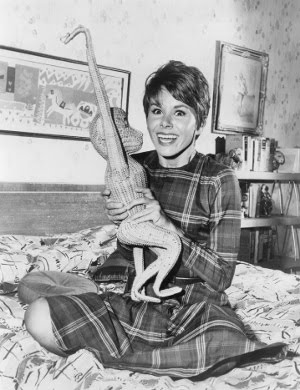 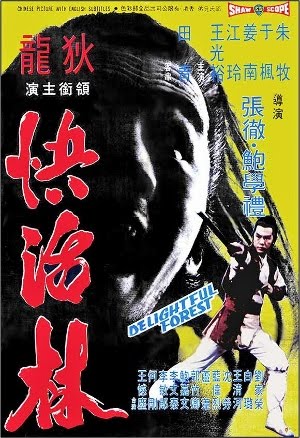 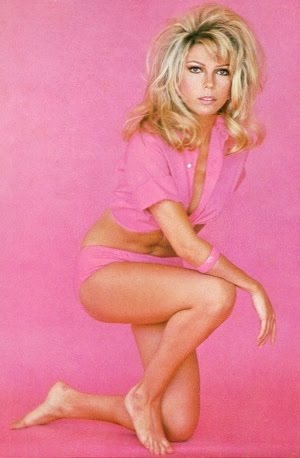 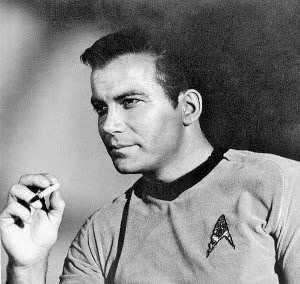 "Which one of you Romulans swiped the ashtray?" 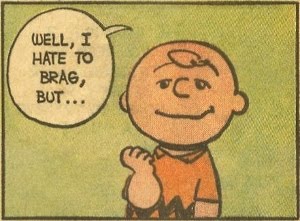 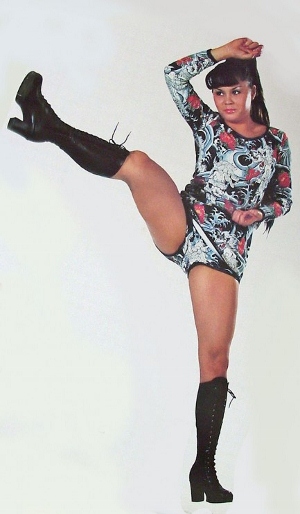 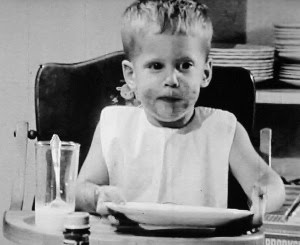 "Give George some more beans." 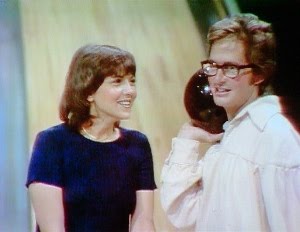 Brenda Vaccaro and Michael Douglas team up on Celebrity Bowling. 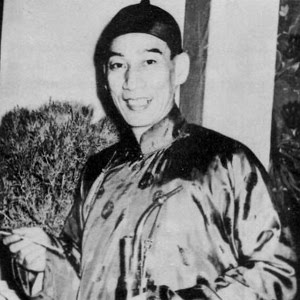 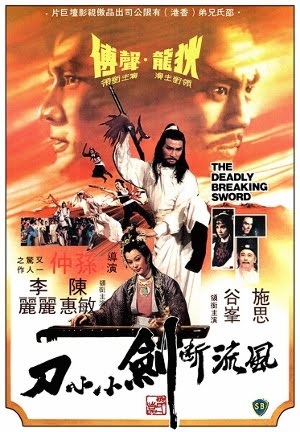 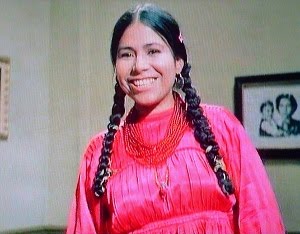 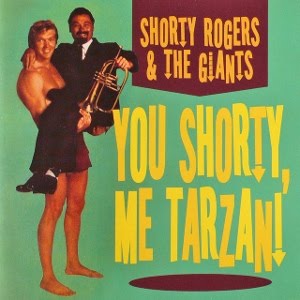 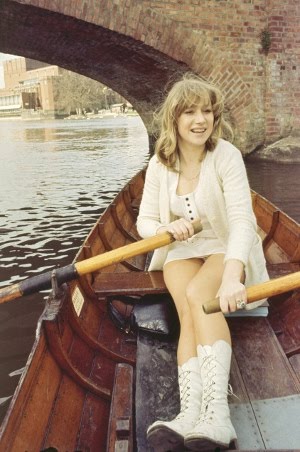 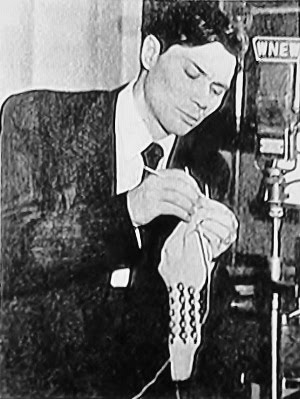 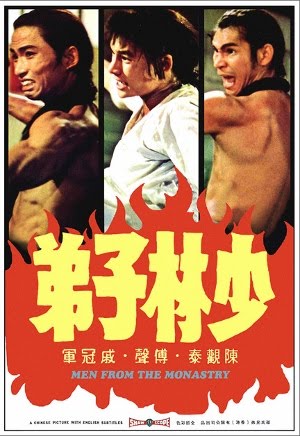 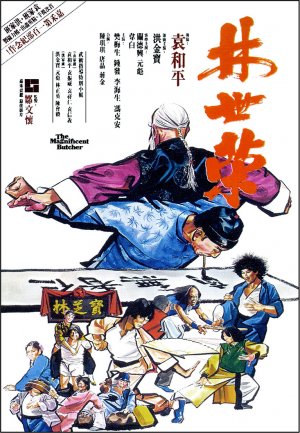 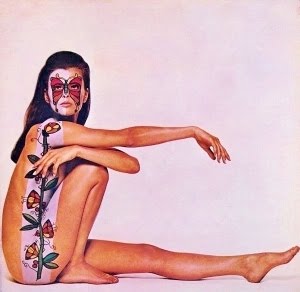 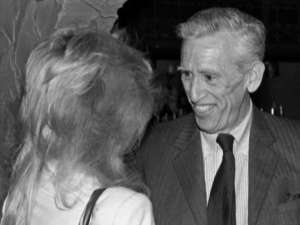 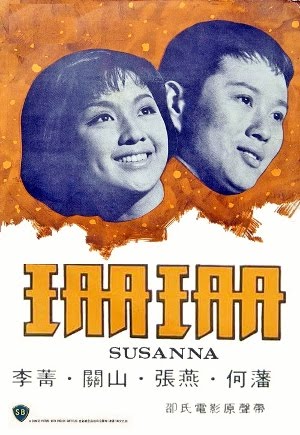 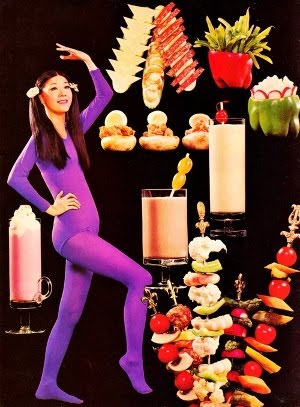 We're getting into a whole weird area here.... 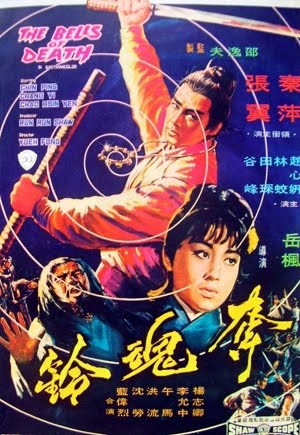 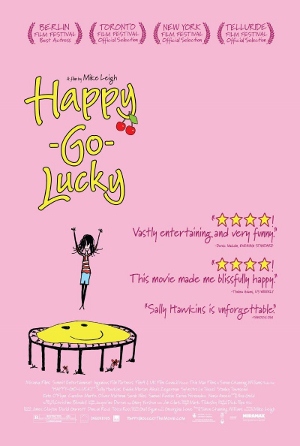 Making a doll of "The Fonz"? Are you NUTSO?!

"I'm Vinnie Barbarino, and these are my people!"